So, second new city in a year and one I never really considered moving to. But bring it on, Johannesburg! It didn’t take me long to realise that the aviation industry attracts its own special kind of weirdos, so that means that I very quickly found my tribe! My friend’s mom (of the interview shuttle fame) generously volunteered her spare room for me to rent as she lives close to the airport. That meant an easy commute for those 4am shifts…

Speaking of shifts, there were two groups who usually worked the same shift. My group was fun and hard-working, which meant you don’t mind pulling 18-hour shifts in case of a delay. We drank coffee like it was water and ruined several pairs of shoes from running (literally!) to be in several places at once. My favourite place to work was at the check-in counters, where we all start our training, and it wasn’t long before I became assistant shift supervisor.

While enjoying the work and my colleagues, I never lost sight of the main reason for the move. From the very beginning I made it clear to everyone that I am applying to the international airlines since my dream was to become Cabin Crew. During the quiet time of our shifts I often ran upstairs to the viewing deck to look at the various aircraft taking off and landing. It became such an obsession that I could just listen to the engines starting up and being able to tell if it was a Boeing or an Airbus that is getting ready to taxi…

Once again I had some help in order to apply for my dream job. Since all applications have to be done online, my one friend volunteered his computer for me to use as I didn’t have one at the time. So after tracking down a photographer who could take my photo’s and give me a digital copy for uploading, I went to my friend’s house and spent the couple hours uploading my application. Then the nerve-wracking wait began.

After a couple of months of very long (but fun) shifts due to being short-staffed, I got a response! I was being invited to a screening day, and must be prepared to spend the whole day there. As luck would have it, I was scheduled to work that day and was unable to swap my shift (I can’t remember exactly why though…). So here was the only opportunity for who knows how long and it didn’t look like I would be able to go. Luckily, being young and brave my friend convinced me to go and let him cover for me at work. Being of the belief that it’s better to ask forgiveness than permission, I went.

The whole screening day was a gruelling 14 hours of various group rounds to check interaction, personal presentation, English tests, communication and physical attributes (i.e tall enough to reach a certain height). At the end of the day out of 110 applicants, 11 of us was selected for a final interview. The three weeks that followed was even more tense than before, since I could only re-apply after one year if my application was not successful. On 8 May, 2008 my phone rang as I was on my way to work: I was successful in my application and could go ahead with my notice! Honestly, I have no recollection of getting to work that day except that I forgot how the gear shift worked. My friends were waiting for me in the parking lot of the airport and had to park my car for me as I didn’t trust myself not to hit the pole.

On the 22nd of May I was all packed and ready at the airport, once again with the farewells but this time I was leaving South Africa for the first time on my way to an exciting new career in a very foreign country.

What scared you (good or bad scared) on your journey? 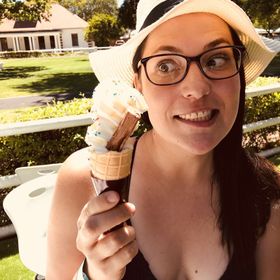 life is an amazing adventure...go out and play!!!

Looking For Your Next Adventure?

Create something you love and are passionate about

Monday morning motivation- get out there and do yo

Down in #miami for a few days & love being back. H

Heading to Istanbul for a little while. 2nd time a

“Focus on the positive things in your life and y

Thank you for all the messages, emails and comment

A community created by women for women, puts collaboration over competition & are firm believers that there’s room for everyone. Join The Société – Our Boss Babe Networking Club.